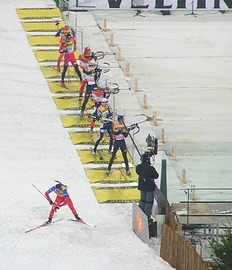 The biathlon is a winter sport that combines cross-country skiing and rifle shooting. It is treated as a race, with contestants skiing through a cross-country trail whose distance is... Wikipedia