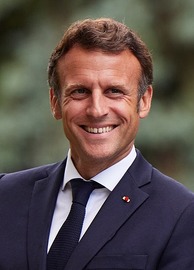 Emmanuel Macron is a French politician who has served as President of France since 2017. Ex officio, he is also one of the two Co-Princes of Andorra. Prior to... Wikipedia