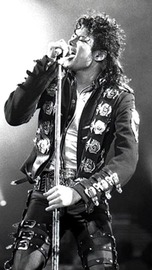 Michael Joseph Jackson was an American singer, songwriter, dancer, and philanthropist. Dubbed the "King of Pop", he is regarded as one of the most significant cultural figures of the... Wikipedia